By AndrewSeptember 4, 2021No Comments3 Mins Read 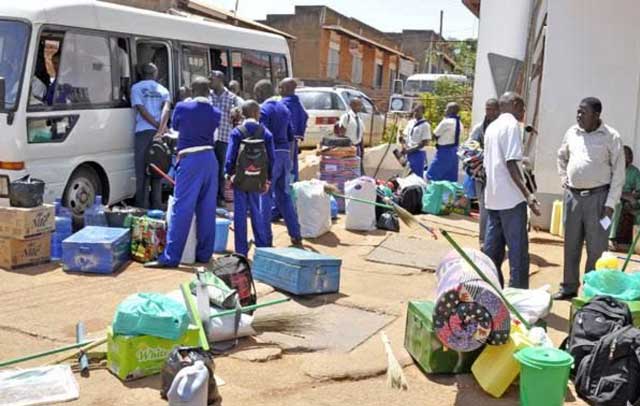 The government and the Education ministry in Uganda have said that schools are unlikely to be opened any time soon, pointing at the imminent threat of a possible third wave of the Covid-19 pandemic.

The sources at the  education ministry, however, had said a day before, that schools were scheduled to resume activity in a fortnight, with the Primary One, Two and Three pupils as well as Senior One and Two students setting the pace.

According  to Musenero, the senior presidential advisor on pandemics, the government is still sticking to the plan of sufficient vaccination before the reopening of schools.

“But we said it [reopening of schools] depends on the vaccination of teachers and children above 18 years. We also look at the epidemiological state of the country,” she said.

Since the mass vaccination activity kicked off, a total of 170,234 teachers had received their first jab and up to 61,848 had been fully vaccinated by August 26, with two doses out of the government target of 550,000 teachers in the country.

In a tweet by Mr Emmanuel Ainebyoona, the Ministry of Health spokesperson, clusters of Covid-19 infections are already being reported in communities and hospitals are experiencing an increase in admissions.

“Soroti Hospital is receiving more admissions due to Covid-19 clusters in the sub-region. On August 24, at least 72 Covid-19 patients were admitted to Soroti [Hospital], Arua [Hospital] had more than 40,” he tweeted.

He added that there are several other positive patients admitted under home-based care. This means transmission is still ongoing, therefore pointing at the need to keep our preventive measures active and also observe all the Ministry of Health guidelines and SOPs.

According to Dr Henry Kajumbula, the head of infection control and prevention in the Ministry of Health scientific advisory committee on Covid-19, the most important thing to prevent the third wave would be vaccination.

He also cited the possibility that vaccination might not do enough to prevent the third wave, but might help a lot to mitigate its impact.