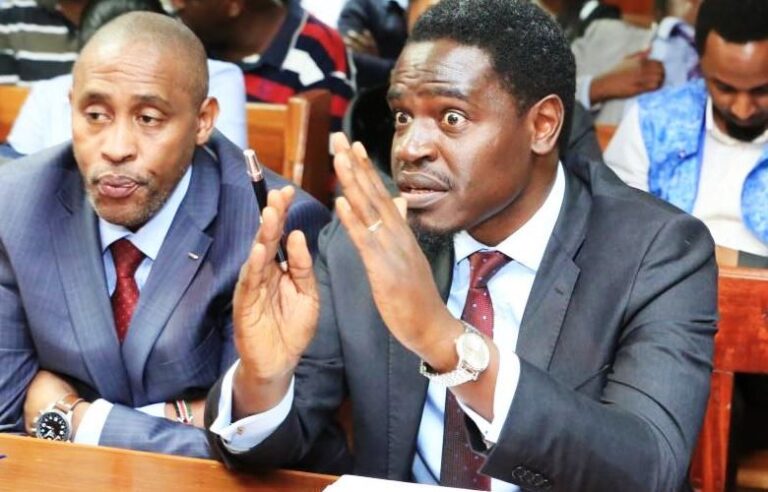 The Law Society of Kenya (LSK) under president Nelson Havi has negated to submit an advocate of the High Court as a member of the newly formed Nairobi Metropolitan Services (NMS) Liason Committee.

This is because LSK President Nelson Havi believes that the Nairobi Metropolitan Service is not a legal body since it is not recognized or established in law. As such the Law Society of Kenya will not nominate any of its members to serve in the Liason Committee.

Havi says that no instrument of the state shows that the Nairobi Metropolitan Services is established or prescribed to be a public office.

Besides, NMS Director-General Mohammed Badi says the metropolitan service has not established isolation centers to combat the spread of COVID -19 due to the unavailability of funds.

The funds are facing a chain of conflict along the way due to disagreements based on the scope of functions that the NMS is supposed to execute.

Governor Sonko refused to assent to a bill on the same claiming the assembly had set aside funds to functions beyond the scope of what was handed over to the National Government.

He consequently returned the bill with his views to be considered but County Assembly speaker Beatrice Elachi advised and then left out Sonko’s amendments sending the bill back to the Governor.

After a week the bill was gazetted, making it an Act, and the Solicitor General red-flagged it writing to the Government Printer and advised revoking.

The Government Printer then revoked the publication of the Nairobi City County Supplementary Act, 2020 after advisory opinion from Solicitor General. At this point, the Governor said that the executive will come up with a new Supplementary Appropriation Bill to operationalize the NMS.

Later, some MCAs from Nairobi County led by Abdi Hassan, Matopeni MCA came out to support the introduction of a new Supplementary Appropriation Bill.

The NMS lack of financing has hindered the delivery of service in Nairobi and this has been due to the tussle over approval of budget between the Nairobi county government and the national assembly.

According to Maj-General Badi, they started with minimal funds that were available but now with no budget, there are looking at a grim situation with no money.

The deed of transfer between the National Government and the County Government was signed by Devolution Cabinet Secretary Eugene Wamalwa and  Governor Mike Sonko on 25, 2020 in the presence of His Excellency President Uhuru Kenyatta.

The deed that is under Article 187 of the Constitution, will officially transfer county transport services, health services, public works, planning, and development ancillary and utility services to the national government. These transfers in the deed are subject to a renewable period of 24 months.

Below is the official Tweet from the Law Society of Kenya

After careful consideration… and in the absence of a statutory instrument establishing @NMS_Kenya we have made the conclusion that @NMS_Kenya is not a body established or recognized in law and, by extension, neither is the Liaison Committee sort to be constituted… pic.twitter.com/0bidMGnG4S

Dominic is a Computer Science Specialist with lots of bias on Education. If he's not writing or coding, then you will find him watching series movies.

America Should Follow The African Example To Tackle Racism