Government of Uganda is searching for investors who are willing to sign production sharing agreements to mine copper and cobalt from Kilembe mines in Kasese district. The mines had been given to Tibet Hima Mining Company, but the deal was canceled in 2021.

However, the minister of Energy, Ms Ruth Nankabirwa said the government is aware of the challenges the power distribution company (Umeme) is experiencing as the electricity grid network continues to expand, in regard to access to inputs which are needed to extend power connections.

Nankabirwa made these remarks while launching biomass to electricity cooking project at the Mwanamugimu Nutrition Unit in Mulago hospital, Kampala early this week.

The company has turned to local raw materials to produce transmission cables and transformers, which according to her, are urgently needed thus reviving the need to create a mechanism through which they can be supplied.

“Umeme, I know the challenges you go through, the network is expanding. I bring you good news, we are targeting to exploit our resources to produce most of the items we need in the electricity supply,” she said.

Nankabirwa revealed that the government had, earlier on, invited potential investors for Kilembe Mines to partner with the government in the new concept of production sharing agreements.

The project would ideally help the government maximize profits from production of cables and transformers locally using cobalt, copper and other minerals produced here.

The project, she said, will also be important in extending new initiatives such as the cooking electricity programme to institutions such as prisons, schools and hospitals to reduce the socio -economic impact of using charcoal and firewood for cooking.

The cooking electricity programme, an initiative of Uganda Electricity Regulatory Authority, is aimed at increasing usage of electricity as a cooking aide through putting in place a special tariff.

Ms Sheila Ngatia, the UNDP deputy resident representative, said the cooking electricity project is a result of a 2020 public call for proposals for high impact ideas addressing mitigation of the rapid deforestation and environmental degradation.

According to Eng Zilia Tibalwa Waako, the ERA chief executive officer, in 2019, the regulator partnered with UNDP on a programme to scale up access and use of electricity, setting up a pilot project with Mulago hospital to convert the kitchens at Mwanamugimu Nutrition Unit to use electricity. 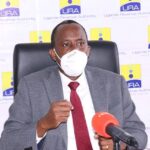