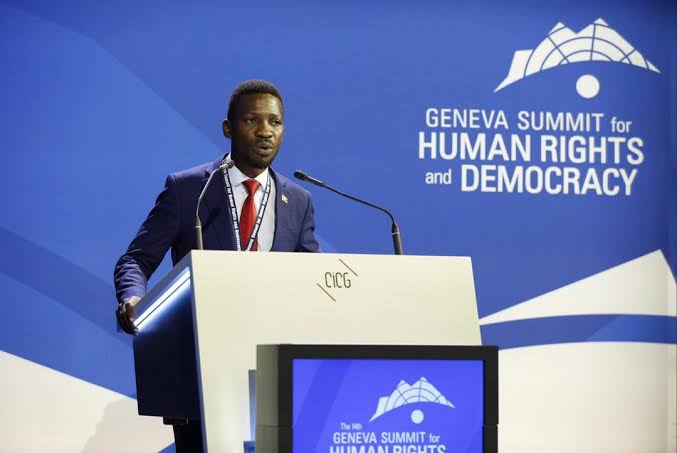 State House has come up to reveal its stance on the allegations made by the party president of the National Unity Platform (NUP), Robert Kyagulanyi aka Bobi Wine on the current situation in Karamoja.

Bobi Wine said, in his statement at the 14th Geneva Summit for Human Rights and Democracy, that Karamoja is under “bombardment” with hundreds getting killed extra-judiciously, houses torched and women raped.

Bobi Wine attributed this “bombardment” to the claim that the region supported NUP overwhelmingly, which envied their rivals.

The statistics of the 2021 general elections, however, indicate that NUP only won one youth council seat in the region, as noted by Kirunda.

“In last year’s Elections, out of 26 MP slots in Karamoja, NRM won 25. The other went to an NRM-leaning independent. NUP only won a youth council seat in one district out of nine. Politics of lies can’t stand the wave of facts,” Kirunda said.

According to Brig. Gen. Felix Kulaigye, 309 warriors have been killed, 184 guns recovered and 792 warriors arrested since last year when the UPDF launched operation Usalama Kwa Wote to flush out cattle rustlers from the Karamoja region.

On Mach 21, 2022, three geologists from the ministry of Energy and Mineral Development were killed in Moroto.

The UPDF then blamed the killings on the Turkana rustlers that entered Uganda from Kenya in search of pastures and cattle, which has intensified the hunting.

The Turkana County in Kenya has since apologized for the recent murder of three Ugandan geologists in Moroto by the Turkana pastoralists.

The Lokiriama Deputy County Commissioner, Yacob Tirop, delivered the apology last week to the UPDF, and also handed over two guns that the warriors took after killing the geologists and their two UPDF guards.