Schools to be penalized for early closure, Ministry warns 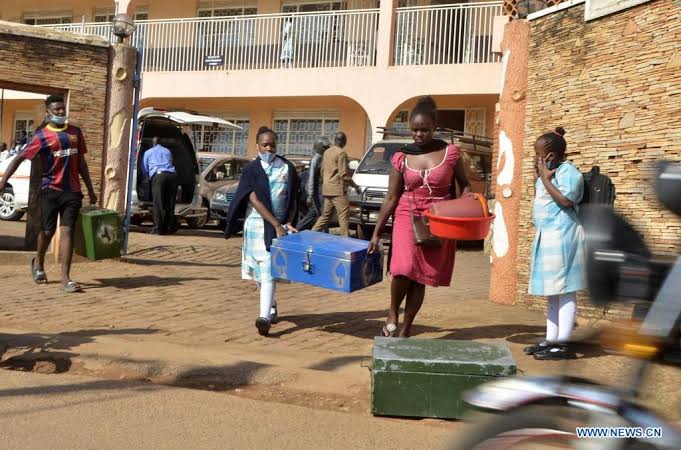 A handful of schools have defied the Government on the length of this year’s first term, sending their students back home before the recommended closing date.

Earlier this year, the education Ministry scheduled the first term to end on April 15. However, many private schools (both primary and secondary) have sent learners back home two weeks before the date.

Parents now demand answers on why schools are calling them to pick their children before the recommended date.

In response, the ministry has sent a solemn warning to schools that have defied these guidelines.

According to sources in the ministry familiar with the development, schools that have gone on holiday before the official date, are to be penalized.

“We are shocked to see schools sending children on holidays before the official date on the calendar. They will be required to explain to the ministry which calendar they are following,” the source said.

However, the source declined to reveal details, noting that they will be communicated this week by the Minister for Education and sports Mrs Janet Museveni.

According to the 2022 School Calendar, students will break off on April 15, for a three-week holiday and report on May 9, for the second term.

The spokesperson for the ministry of education, Mr Dennis Mugimba has urged schools to stick to the calendar, as it was adjusted from 12 weeks to 14, in order for students to make up for the lost time during the pandemic.

“Some schools have deliberately decided not to follow instructions. This is bad. Our learners lost out on time and this period should be for recovery,” he said.

Mugimba confirmed that Mrs Museveni will be addressing the country soon, but did not give further details.

Head teachers have addressed the issue, attributing the early closure to the high inflation rate that has significantly increased the cost of running schools, while many students have fees arrears.

According to the Uganda Bureau of Statistics (UBOS), Uganda’s annual headline inflation increased to 3.7%, the highest rate since June 2020, the height of the Covid-19 pandemic.

The pace of inflation for February was 3.2%. In comparison to the 12 months to date, it means annual headline inflation has grown from 2.7% in March last year to 3.7% in March this year.

Commodities like Fuel, soap and cooking oil have posted the highest price increase.

Some schools, however, indicated that they had concluded the items on the syllabus that had been set for the first term and they had to send students back home.

According to Emmanuel Akeny, the chairperson of the Federation of Non-State Education Institution (FENEI) in northern Uganda, schools are struggling financially.

“Many students did not clear fees yet they eat and use utilities. All these were driving the cost of doing business up, especially for private schools,’’ he said.

He, however recommends that schools should only go on holiday if they have covered much of the school syllabus.

Another director of a private school said: “We did it for security reasons. These students are tired and they have been whispering to us that they needed this holiday early. With the rampant school fires, we could not risk keeping these children here’’

“They would torch our facilities and we would not be helped,” he concluded.