Britain plans to send migrants and asylum-seekers who cross the Channel thousands of miles away to Rwanda under a deal in which the government tries to clamp down on record numbers of people making the tedious journey.

The controversial deal was announced on Thursday.

“From today… anyone entering the UK illegally as well as those who have arrived illegally since January 1 may now be relocated to Rwanda,” Prime Minister Boris Johnson said in a speech near Dover in southeastern England.

“Rwanda will have the capacity to resettle tens of thousands of people in the years ahead,” Johnson said.

He assured the asylum seekers of safety and hospitality in the East African country.

“Rwanda is one of the safest countries in the world, globally recognized for its record of welcoming and integrating migrants,” he said.

Prior to his election, Boris Johnson promised to curb illegal immigration, however, a record high number of people have made the channel crossing.

He also announced that Britain’s border agency would hand responsibility for patrolling the Channel for migrant boats to the navy.

“The Royal Navy will take over operational command from Border Force in the Channel with the aim that no boat makes it to the UK undetected,” Johnson said, announcing extra funds for boats, aircraft and surveillance equipment to help detain people-smugglers at sea.

“This will send a clear message to those piloting the boats. If you risk other people’s lives in the Channel, you risk spending your own life in prison,” he said.

More than 28,000 people arrived in Britain having crossed the Channel from France in small boats in 2021, 90 percent of those were male and three-quarters were men aged between 18 and 39.

Politicians have weighed in on the matter and accused Johnson of trying to distract from his being fined for breaking coronavirus lockdown rules, while rights groups slammed the project as “inhumane”.

Rwanda and Ghana were previously mentioned as possible locations for the UK to outsource the processing of immigrants, but Ghana denied involvement in January.

Instead, Kigali on Thursday announced that it had signed a multi-million-dollar deal to do the job, during a visit by British Home Secretary Priti Patel.

“Rwanda welcomes this partnership with the United Kingdom to host asylum seekers and migrants, and offer them legal pathways to residence” in the East African nation, Foreign Minister Vincent Biruta said in a statement.

The deal with Rwanda will be funded by the UK to the tune of up to 120 million pounds ($157 million, 144 million euros), with migrants “integrated into communities across the country,” it said.

Since 2015 the UK has “offered a place to over 185,000 men, women and children seeking refuge (…) more than any other similar resettlement schemes in Europe,” Johnson said. 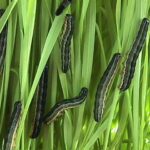