Police promise to clear the air on Oulanyah poison claims “at the right time.’’ 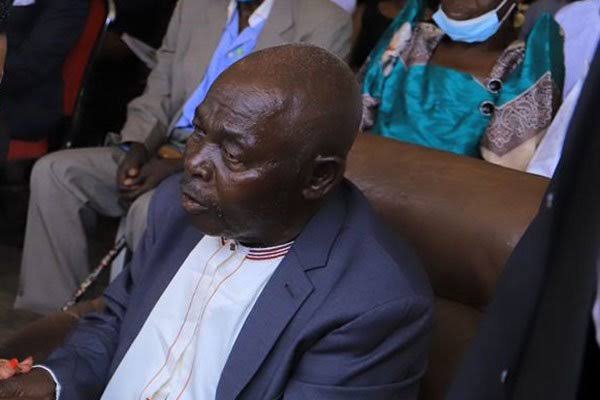 The Uganda Police Force has promised to clear the air soon with an update on resurfaced poisoning claims by the father of the departed Speaker of Parliament, Jacob Oulanyah.

This comes fresh after the burial in Lalogi, Omoro District, yesterday where the deceased’s father, Mr Nathan Okori rekindled the alternative conversation that his son didn’t die of natural causes, but was, in fact poisoned.

He detailed that the poison affected his son’s health and by the time he was flown out of the country for treatment, it was too late to save his life.

“…Jacob Oulanyah was poisoned. He told me. And he was operated on, doctors attempted to deal with the poison. The poison affected his health so badly…he was not in a position to recover. He was too weak,” Mr Okori said.

The statement attracted loud cheers and applause from a section of mourners.

According to sources privy to the burial processes, Mr Okori had not been initially included on the list of speakers during his son’s burial due to his mental and physical fragility. It’s still not known why and when the program was adjusted.

Mr Okori first made these claims a day after his son was announced dead.

“I know all of you who have come here are mourners. His (Oulanyah’s) death is not easy news to welcome because I know he did not die of natural causes, he was poisoned,” Mr Okori told a handful of mourners at their ancestral home in Omoro District then.

This was immediately followed by a presidential directive for the police to investigate the claims that the deceased had been poisoned. According to him, this was exploitation of problems for cheap politics.

“…And actually we’re going to go for them because I have heard some people saying some people killed Oulanyah. The police will come and ask you to give them some information because Oulanyah did not die in a private home,” Mr Museveni said shortly after watching Anita Among elected the Speaker of Parliament.

The president added that the deceased had been treated in a couple of reputable hospitals and the reports could not be overlooked.

“He died in a highly reputable hospital and before that he was in another big hospital in Dubai…and before that, he was in our hospitals here, including the cancer institute. Everything is there. I did not know that Oulanyah was sick until he went to Dubai. He went with our doctors. That’s when I checked and I knew what the problems were.”

The president went ahead to castigate the propagators of these claims, saying it was not constructive at all, especially from the educated people who claim to be leaders.

The police then declared that investigations would commence as soon as the former Speaker was laid to rest, adding that they were scrutinizing footage and statements made in that line.

Following the burial, the police spokesperson, Fred Enanga was asked on whether and when the police would weigh in, and he said they would, at the right time.

The former Omoro County Member of Parliament was announced dead on March 20. He had been admitted to the University of Washington Medical Center in Seattle, US, where he had spent nearly two months being stabilised.