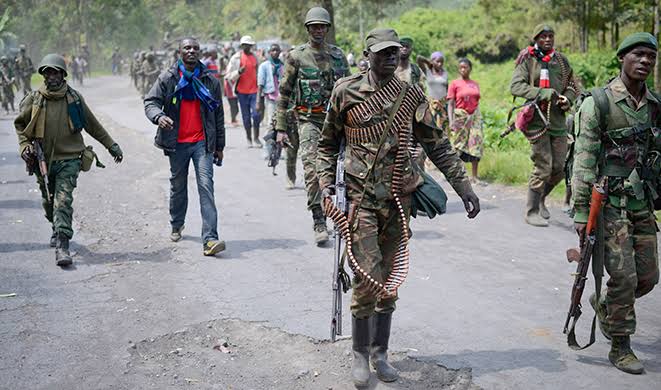 Rebels from the M23 group on Sunday announced their retreat from villages captured in eastern Democratic Republic of the Congo last week following clashes with government troops in the Rutshuru region.

According to local sources, fighting between the rebels and soldiers intensified on Wednesday after several days of calm and the M23 rebels captured around a dozen villages in Rutshuru territory in North Kivu province.

The M23 released a statement in which they expressed interest in diplomacy with the DR Congo government.

“The M23 took the decision to withdraw, once more, from its newly-won positions… to allow for its concerns to be addressed through open and fruitful dialogue with the government of DR Congo,” the group said.

“The M23 never had the intention to capture areas to run them, our only motivation is the peaceful resolution of the crisis,” it added.

The rebels also said they intended to hand over all soldiers from the national army captured on the frontline to the International Committee of the Red Cross for proper care.

The M23 was founded by former members of a Congolese Tutsi militia that was once supported by Uganda and Rwanda. The rebels had been incorporated into the Congolese army under a peace deal signed on March 23, 2009.

However, they forfeited afterwards, saying the deal had not been upheld and named their group the March 23 (M23) Movement.

Becoming one of the scores of armed groups that roam eastern DR Congo, the M23 briefly seized the city of Goma before being defeated and forced out of the country.

After its defeat, the M23 eventually signed an accord with Kinshasa that included provisions for its fighters to reintegrate into civilian society.

But the group has again accused the government of reneging on the deal and resumed fighting last year.