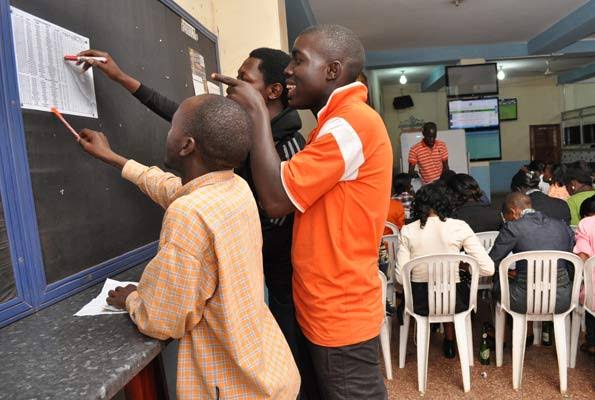 Friends and family have started searching for a first-year Kyambogo University student who has allegedly gone into hiding after losing his tuition to a sports betting company.

Julius Osuta who was first reported missing on April 7, resurfaced after a day before disappearing again.
Kampala Metropolitan Police (KMP) spokesperson Luke Owoyesigire said that Osuta is suspected to be in hiding losing over Shs 620,000 tuition that his father sent him.

According to Police records, Osuta appeared at Kyambogo Highway Police station on April 9 where he reported after being arrested by Bet City Uganda management in Kyambogo.

Bet City, a sports betting company, accused Osuta of attempting to steal their money, which case they claim to have later lost interest in, hence releasing the student, according to Owoyesigire.

After resurfacing, however, Osuta has since gone missing again.

His sister Gloria Ekizi reveals that the family first came to learn about his disappearance from a classmate, who called his father to try to find out Osuta’s whereabouts.

“His classmate called our father informing him that his contacts were off and since then we have not heard from him,” she said.

Osuta who hails from Zombo district resides in a rental house in neighboring Banda, a Kampala suburb as he pursues a Bachelor’s degree in Statistics at Kyambogo University.

This not the first student to go missing, as over three weeks ago, Kyambogo University registered the death of a student, Boniface Kimera who had gone missing. Kimera’ body was later found dead at the shores of Lake Victoria. There were other safety concerns of another student who was inaccessible and missing for 3 days. It was later found out that she’d gone for a party and then her phones blacked out.