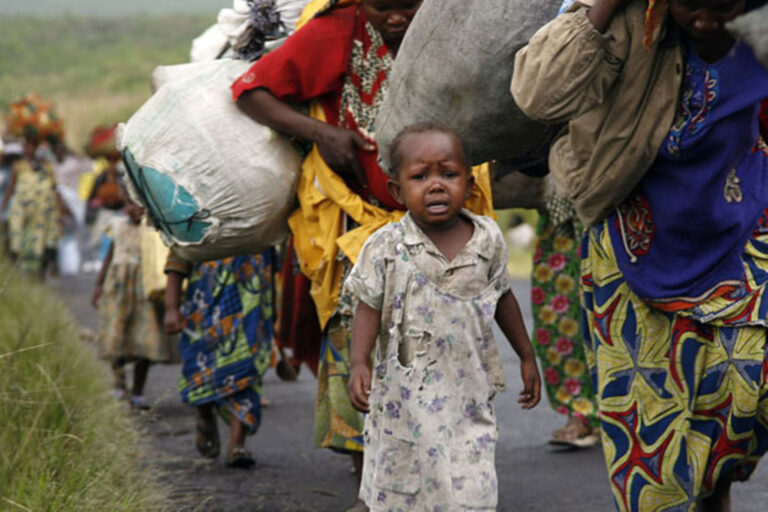 Authorities in Kasese district have raised concerns over the increasing number of refugees, which now totals 3,000 since April 3, 2022.

“The number we had on Monday morning has increased from 339 to more than 3,000,” Kasese Resident District Commissioner (RDC) Lt (Rtd) Jolly Joe Walusimbi told New Vision on Thursday.

Comprised of mostly women and children, the refugees have been fleeing into Kasese via Kitholu and Karambi sub-counties, Bukonzo West Constituency on the Uganda-DRC border, preceded by suspected attacks by suspected Allied Democratic Forces (ADF) rebels.

The ADF are reportedly fleeing Operation Shujaa, the ongoing joint assault by Uganda and Congolese forces.

“I have reports that other Congolese refugees have started arriving in Bwesumbu, Busongora North Constituency, via the Rwenzori Mountains,” Walusimbi said.

He said he had deployed the District Internal Security Organisation boss to ascertain the development.

Rebels killed people after their raid in Masambu, Ngyingyi and Bughumya villages, causing the fleeing Congolese to cross via porous border points and braving River Lhubiriha, which marks the border between Uganda and DRC.

Multiple sources have revealed that the attackers had so far killed at least 30 civilians since the Sunday 10:00pm raids.

“The terrorists have looted homes, shops and burnt some houses,” a source said.

Other sources in Masambu said the rebels also killed a Congolese army commander at the rank of a captain in charge of Masambu military unit.

What the authorities say

Bwera division Police Commander SP Boniface Kinyera said the numbers are increasing daily, and they will strive to provide however they can.

“We shall provide them the necessary protection, but I pray the situation back home will normalise so they go back to normal life,” Kinyera said.

Local leaders in the host sub-counties have, however, said the refugees, now in two camps, were in dire need of food and beddings. They said no relief had come in by Thursday.

“Since they arrived, we have been mobilising food from the communities,” Kitholhu sub-county LC3 chairperson Emmanuel Kule said.

Kanyatsi LC3 chairperson Milton Kule urged humanitarian agencies to intervene and provide shelter and other relief items for the people.

The RDC revealed that the district had informed the Office of the Prime Minister (OPM) of the need for emergency support.

He added that various humanitarian agencies including the Uganda Red Cross, Médecins Sans Frontiers and the United Nations High Commissioner for Refugees

He said the UNHCR had provided energy biscuits and vehicles to help relocate the refugees to a safe place within Bukonzo west constituency.

Operation Shujaa spokesperson Maj. Peter Mugisa assured the affected Congolese and the inconvenienced people of Kasese that the rebels “will soon be neutralized.”