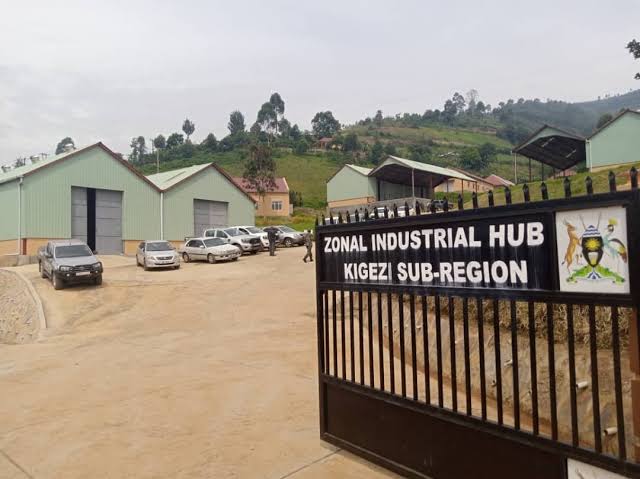 The presidential Initiative for Zonal Industrial Hub in Kigezi has been commissioned. It is aimed at skilling youth in Kabale, Kisoro, Kanungu, Rubanda, Rukiga and Rukungiri districts.

With the government’s primary aim of increasing household income, the project is among the 21 industrial hubs stationed in the sub-regions across the country.

According to Ms Barekye, the initiative would equip the youth with practical skills including carpentry, welding, shoe making, confectionery, tailoring and knitting, stone making and hair dressing.

After two module semesters per year, every learner will be awarded a certificate. Ms Barekye therefore appealed to district leaders not to politicize the project, since they are responsible for selection of beneficiaries.

The Director of Industrial Hubs and Presidential Projects at State House, Mr Raymond Akankwasa Kamugisha, noted that the initiative is aimed at skilling unprivileged members of the society, who may not have the opportunity to attain formal education.

According to Mr Akankwasa, the first batch of students will be enrolled in June with about 300 students per semester. Other beneficiaries will include Mbarara, Masaka, Kayunga, Kampala, Kyenjojo, Kasese, Ntoroko, Adjumani, Gulu, Lira, Mbale, Kibuku, and Jinja districts.

“I don’t expect the people in authority to call me to fix their relatives or friends in this industrial hub basing on corruption, I shall not support such enemies of development,” said the Rubanda District Chairperson, Mr Steven Kasyaba as he appealed to the leaders to stem corruption.

Mr Kasyaba also suggested the establishment of Irish cold room so that Irish is exported to Rwanda.

“I am grateful that the problem of unemployment resulting from lack of skills will be contained among the young people and I thank President Museveni and the NRM government for the development imparted to the disadvantaged Ugandans,” Mr Ntimba said

In 2020, President Museveni implored that government allocated Ugx 130b for the construction of 21 zonal industrial hubs across the country to enhance youth skilling and training.